The Dark Side Of a Galaxy Far Far Away

I take the time to reflect on personal thoughts here, after watching this video.

Despite me being a (more or less) fan of the franchise, I can’t undermine the critical thoughts that came to my mind. Not that I never had any against these movies (or the Star Wars universe in general), but I never fully reflected on the whole system being narrated.

It has to be said that from a movie perspective, the coherence of the stories relies mainly upon the characters, their relationships, the struggles they overcome, and their evolution. This is the archetypal narrative structure of the hero (or anti-hero) and this what makes them (more or less) lovable & relatable.

But as a whole, the system depicted in the stories is interestingly, unexpectedly, and unchangeably incoherent & inequal despite the premise of an epic galaxy-wide quest for equilibrium, justice, democracy, freedom, and hope for everyone, with the help of futuristic technological advancements and a somewhat New-Age-y mysticism.

Yet despite all the high-tech, spaceships, species, societies, cultures, and generally speaking, all the diversity of this galaxy far far away, nothing new or different is created.

It displays eons (and eons) of social stagnation, from which nothing else than dictatures, republics, and, in between, wars, seems to be able to emerge.

Why The Politics Of The 'Star Wars' Universe Makes No Sense
subscribe to The NPR Politics Podcast podcast Unless you've spent the past year or so in an ice cave on Hoth - or have…www.npr.org

What I mean by social stagnation is that even though technological progress seems tremendous, it does not serve social & societal progress in any meaningful way: technology is made (mainly) for warfare/trade/travel, while corruption, slavery of all sort (children, workers, droids, etc.), caste systems, inequality, poverty, violence, etc. are the rule, not the exception. Interestingly, these are the characteristics that better qualify a dystopian future.

Worse is the inability for the emergence of something truly different, as an organizational system, than oversimplistic and centralistic models of decisions in a system physically bounded by space-time constraints that we can hardly comprehend with our personal experiences –I’m no physicist, but we’re talking of a galaxy-size Einstein’s relativity issue here.

And this probably accounts for many of the issues: surface-level simplicity & coherence, such as scaling one single homogenous concept or idea to a planet, probably ease narration but it lacks subtlety and all the necessary interactions of complex adaptive systems.

Even the Galactic Republic itself is a centralized, pseudo-federal, and pseudo-democratic representative-based model (a vague copy of the US federal model). By the way, despite their so-called good intentions, industrialized warfare seems to be their main Etatic apparatus (any resemblance with reality is fortuitous).

What type(s) of social contract(s) defines the relationship between social structures and the various people of the galaxy? It’s almost like these structures are forced to exist because it has to (to save the story coherence) with no other purposes than follow the flux of events the self-fulfilling universe throw in the way — but hey, it’s the Force.

The Jedi and the Siths are, as variables, likely both responsible for the lack of originality, the unbalance in the forces at play, and are victims too of this search for apparent simplistic coherence and homogeneity. In fact, I suspect Star Wars to be a game with only a few (dumb?) rules, mainly to make the “force sentients” archetypally central.

The media and especially journalists' representativeness is close to inexistent, and the internal paths of information are as obscure as the force itself. Some events with major consequences seem barely known by most people, as we often hear casual characters referring to “legends” or “stories”. We hardly know how information transits, except by word of mouth(?) which makes very little sense. Why data isn’t playing a more central role adds to the ambient mysticism.

Lastly, it is interesting to note, except for a few (particularly lovable or hateable) characters, how the diversity of the galaxy is represented in the movies. When non-human appears on screen, it is likely to show “out of the laws” western-like, or wide & dangerous places. Other species are likely to be dispensable beings and casualties to the benefit of a more important story to be told. Human-like characters are more likely to represent more “civilized” or “noble” places and cultures. I’m probably doing a bit of an over-generalization here because there are exceptions, but this seems a predominant pattern to me.

Like this map below, Star Wars assume things to be static and unchanging — how does it account for moving star systems? Galaxy rotation curve? Lightspeed travel paradox & relativity? etc.

This inclination for status-quo in Star Wars is probably well-explained by the need for serving the story from a character-level point of view. The advantage is that the Star Wars “ambient universe” remains the same, relatable, lovable thing we (the spectators) already know so much, allowing us to focus on the characters' evolution.

It’s like we mixed up an old idealized and romanticized past draped with technology, only to relive the same stories again and again: an odyssey, a western, a samurai battle. But we would not appreciate living in one of these pasts — and neither you would appreciate living in a Star Wars “future-past”.

A possibility is that “what makes Star Wars” today will likely kill it due to its lack of progression.

Something new in the galaxy?

Star Wars could innovate by introducing unexpected and impactful organizational models that would shape interactions in a more profound way, better account for the physical constraints at play, and reset the “game's rules” to create new and refreshing stories, plots, and movements.

Diversity of people, species, worlds, and perspectives should be reflected in the diversity of ways to “play”, narrate, and interact: non-linear, exponential, and unpredictable possibilities.

Shaping The Tools That Shape Us: Paradigms & Provocations 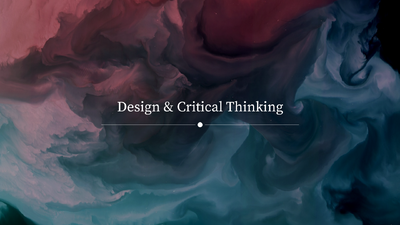