Take care of the method you use to sort all the food you feed your brain with.

Take care of the method you use to sort all the food you feed your brain with.

Lorelei Weldon with all respect, your message displays some crying methodological issues, rhetorical and fallacious speeches.

Please note, this is a critic of your method and arguments.

1. Appeal to authority and lack of reliable sources

“To be fair to Jenny McCarthy, all of her decisions and opinions were not pulled out of her ass […] They were the medical opinions of the doctors that she was working with on her son’s health issues.”

Do you have any sources? Which doctors? What are their specialties? Did they publicly support her behavior/claims?
→ In short: reliability of the sources, plus argumentum ab auctoritate.

And to be fair to the topic treated here, this should be (at least) about facts, verifiable evidence, proper replicable method, and scientific consensus, and certainly not about opinions and beliefs. Why? because we are talking about vaccines, a product of scientific research that fulfills such criteria.

2. Appeal to the masses and appeal to spite

“We have a National Vaccine Injury Program (and corresponding Federal court, because you can’t sue Big Pharma directly) for a reason.”

And so what? Having a compensation program because several U.S. lawsuits against vaccine makers won substantial awards does not make vaccines dangerous (it’s not an argument). It proves that “justice” can be blind toward facts… because this is not the point in a court.
→ In short: argumentum ad populum and argumentum ad odium.

3. Lack of sources and vague approximations

“Vaccines are largely safe for most people, but not for everyone. […] There are also people who develop horrible side effects — and I’m not talking about autism.”

Again, any source to prove that claim? What scale “Horrible side effects” is based on exactly?
→ In short: onus probandi (burden of proof) or as I like to call it “who says proves”.

Spoiler alert: yes, there are body reactions and effects to vaccines. No joke.

In fact, this is mainly the point of a vaccine: to simplify, a vaccine works by introducing a tiny amount of virus (sometimes active but diminished and sometimes “dead”) to activate the immune system, “print” the characteristics of the virus, and make antibodies ready to react next time. So in other words, a reaction is expected. Common “side effects” are inflammations, skin reactions, tiredness, etc. which can last a few days.

Find here, here and there some (really) better explanations. Also, find some good descriptions and explanations of the composition of most common vaccines here.

In addition, here are some actual studies on “vaccines side effects”:

As you can see, there are no secrets, no “hidden proof” of dangerous effects. Just science doing its work. Everything is accessible to anyone (who wants to) → here is my simple (stupid) google scholar’s search query.

4. Lack of sources and manipulation of the basic premise

“Biology is not a uniform thing and there are people who die from vaccines every year.”

By the way, this is a real subtle fallacious statement: focusing your point only on one aspect of the problem, only to make an argument regardless of the actual context. → So, here are actual data computed from most international health organizations.

“And there are also lives that are saved.”

Sarcasm aside, as you can see in the previous chart, vaccines not only save lives, they have a significant impact on mortality rates since its introduction (period). There is more than just a correlation, there is causality!

“It’s not really an either/or thing — it’s more of a grey area that needs a lot more open discussion and dialogue.”

Okay, sooooo… It seems that there is a huge misconception of how science works. Find some really great explanations of it here and there.

Regarding this “open discussion” you are talking about, it would be based on what exactly? Personal opinions? Scientific studies? Beliefs? Facts? Numbers? Faith?

The problem here –as you may probably figure– is that everything is not factually on the same level of reliability, credibility, and methodological replicability. When it comes to beliefs, an opinion is not better than someone else’s, even tho she is a renowned celebrity/actress— a great example yet again of sophism “argumentum ab auctoritate”.

Using arguments to prove or support a position or opinion is great, however, it is necessary to bring proper reliable and verifiable sources and data to make them valid. Otherwise, how can your position be relevant or distinguishable from an unfounded belief?

People need to sharpen-up their critical thinking (and media have a clear responsibility here), by taking care of the method used to sort all the food they feed their brain with. 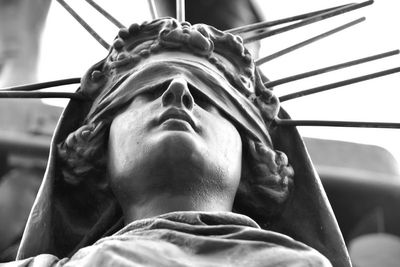 How To Prevent Sterile Debate When Facing False Beliefs